Improving Teamwork and Event Management with Virtual and Augmented Reality

Presented by: Fernando Salvetti, MPhil, PhD
Write your awesome label here.
Much like being immersed within a video game, this presentation will challenge participants with real cases within complex scenarios that present a more real wealth of information.

Interactive visualization by augmented reality (AR) and virtual reality (VR) into the e-REAL online platform—not within head-mounted displays—can contribute enormously to enhance teamwork during a crisis, fostering situational awareness and contextual intelligence, as well as cognitive retention of essential steps and procedures to be performed during an ongoing crisis. A mnemonic known as Name-Claim-Aim is being used to facilitate crisis management and decision making. AR and VR technology reproduces the mnemonic as well as a variety of different emergent situations, enabling learners to interact with virtual scenarios. Effective team management during a crisis is a core element of expert practice.
After decades’ worth of dedicated simulation education, teamwork experts at the Center for Medical Simulation in Boston, MA, USA (CMS) developed cognitive aids to help facilitate learning of this mnemonic and an “Event Manager” checklist was created to facilitate designating roles effectively.
The “Name-Claim-Aim” mnemonic and the “Event Manager” checklist have been adopted by the Massachusetts General Hospital (MGH) for inclusion on
the latest version of their Emergency Manuals. Our coursework is designed around those tools, enhanced by AR and VR.
AR and VR technology (e-REAL system) reproduces a variety of different emergent situations, enabling learners to interact with multimedia scenarios and practice using as a mnemonic Name-Claim-Aim in a virtual environment. Subsequently, learners rapidly cycle between deliberate practice and directed feedback (RCDP) within a high-fidelity simulation scenario until mastery is achieved. Common RCDP implementation strategies include: splitting simulation cases into segments, micro-debriefing in the form of “pause, debrief, rewind and try again” and providing progressively more challenging scenarios.
Method of delivery:

During the first part of the program, learners are requested to be compliant with the “Name-Claim-Aim” mnemonic in order to manage the crisis by coordinating the team roles and efforts. The interactive videos that they are shown feature unexpected clinical or non-clinical, emergent scenarios, including extreme, dangerous environmental threats. During this further module participants are expected to understand that visualization, if linked in interactive ways to the learners, allows for the better use of the neural processes and for better learning and meaningful behavior change. So they are expected to understand how to design situations requiring rapid intervention, team communication, knowledge sharing, effective decision-making and management of unforeseen events—taking into consideration critical contextual factors such as a lack of time, scarcity of resources and tools, and a multitude of impactful factors.

Participants’ awareness about how to use AR and VR technology, as well as animated visual storytelling, in order to allow learners to interact with multimedia scenarios reproducing very different situations. During the entire course, participants are immersed in different scenarios designed by visual storytelling techniques that allow them to practice handling realistic situations, rather than learning facts or techniques out of context. Much like being immersed within a video game, they are challenged by facing real cases within complex scenarios that present a more real wealth of information. 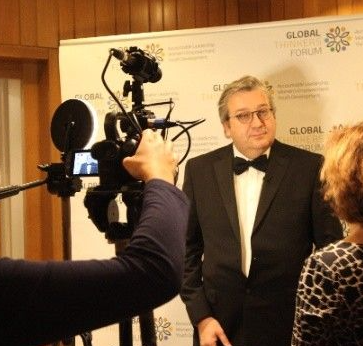 Fernando Salvetti, MPhil, PhD, is a pioneer in simulation, extended reality (VR, AR, MR, XR) and immersive learning across various sectors and industries including education, healthcare, corporations and international organizations. He is the designer and developer of e-REAL: enhanced reality where virtual and real worlds are merging within an advanced simulation environment that provides both online and real world experiences (without the need for glasses or goggles).
Disclosures: Fernando is the founder and managing partner of e-REAL. There are no conflict of interest nor financial relationships to disclose. Neither the authors, nor their spouses or partners, have had any involvement in the past 12 months with healthcare entities other than their employers. 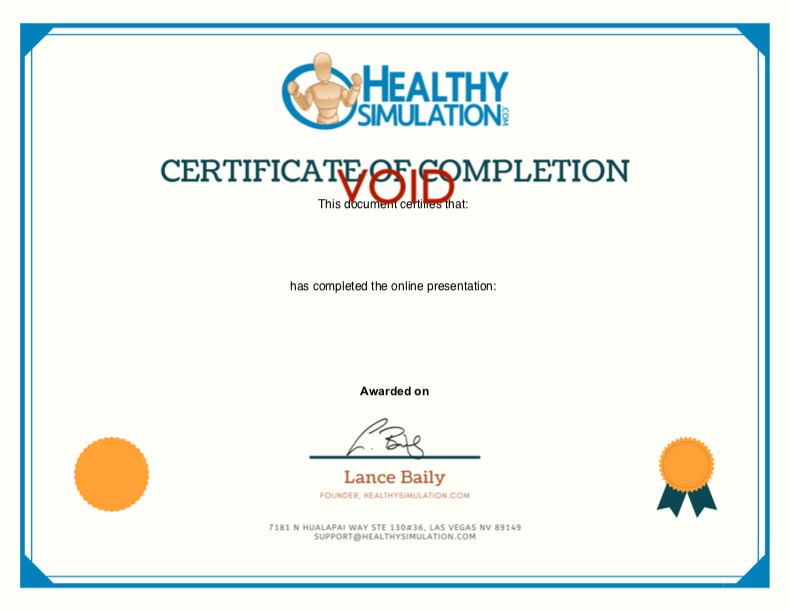 While HealthySimulation.com is accredited as a provider of continuing nursing education by the State of California Department of Consumer Affairs License #CEP17566, this specific presentation is NOT eligible for CE contact hours.

Demonstrate participation in the webinar activities and boost your professional development!

Write your awesome label here.
All for one, or one for all?
Purchase this single webinar to meet your exact professional development needs OR.....

Can I share access to to this presentation with others from my institution?
Each enrollment is limited to the person who created it, and any downloadable certificates will only be available in the name of the person who purchased access. However, the buyer is welcome to invite others within their immediate team to join them in watching the webinar presentation together at the same time.
Does this webinar provide Continuing Education contact hours?
This particular HealthySimulation.com webinar does NOT provide Contact Hour credit from the California Board of Registered Nurses Continuing Education Provider HealthySimulation.com via License #17566. This is because this webinar is either from a vendor or from a presenter who does not meet the qualification standards for Nursing CE credit. However, a certificate of completion is available so you can demonstrate participation to anyone interested.
What technology do I need to watch webinars?
Usually just an up-to-date web browser such as Google Chrome and a strong internet connection is all that is required. However, some users may need an up-to-date Zoom client to watch live presentations. Presenters will need the latest Zoom Client and their presentation display software.
What if the webinar does not meet my expectations?
All HealthySimulation.com LMS content has a 30-Day Money Back Guarantee. If any product does not meet your expectations, simply email us at support@healthysimulation.com and we will provide a full refund without exception!
What is your refund policy?
Our refund policy for our various services and offerings are as follows:
30-Day Money Back Guarantee: If for any reason you’re not satisfied with your purchased product, simply e-mail support@healthysimulation.com during your first 30 days and we will refund your money, no questions asked.
Monthly & Annual Subscriptions: Following the first 30 days, subscriptions may be canceled at any time, and customers will have access to their account until the subscription period concludes. No refunds will be provided following the first 30 days.
Where can I read more about your official legal notices and requirements?
Can I submit a presentation, is there a cost?
You sure can! There is NO cost to submit a presentation abstract without purchasing a subscription, just simply submit your presentation materials today through our webinar submission form!
I still need help, how can I contact your support team?
Sure thing, you can email us at support@healthysimulation.com and we will get back to you right away!

Enter to WIN a $250 Annual Webinar Subscription By Completing This Short Survey!