Presented by: Jesika Gavilanes, MA & Elena An, MS, HCA
Write your awesome label here.
This CE webinar will share best practices for building a culture of safety in your healthcare sim lab.

This presentation will give an overview of the creation of a Culture of Safety within Simulation Operations through the incorporation of weekly huddles, team meetings and various best practice tools to keep communications effective, productive and to ensure psychological safety. How to work hard and celebrate the work of team members in a collaborative and empowering fashion. This presentation will share tools utilized and lessons learned over the past two years including a pivot from in-person to a virtual platform. 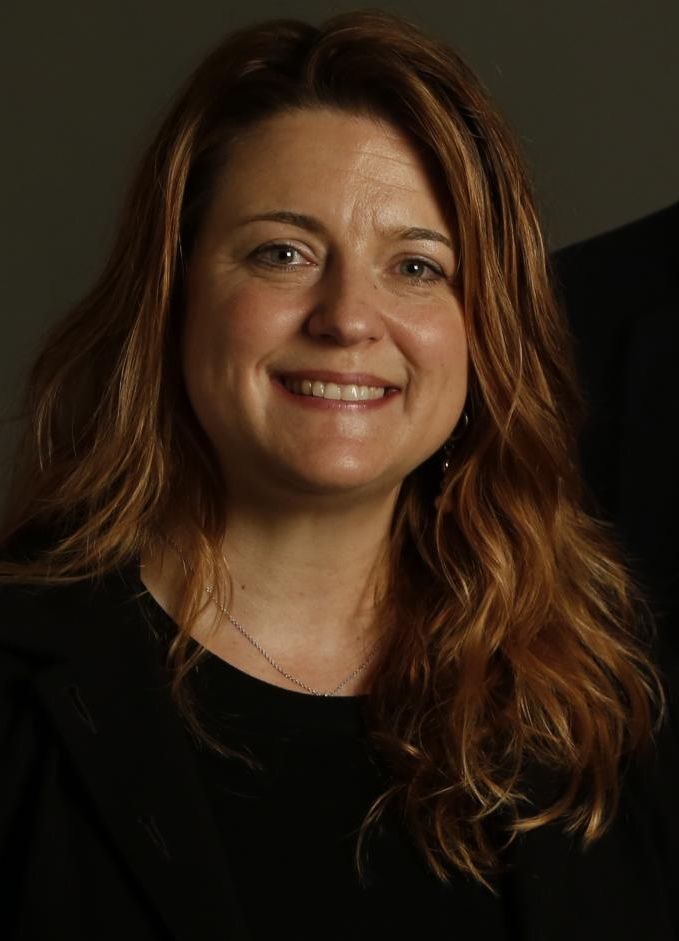 Jesika has been involved in simulation operations for over nineteen years, since 2002. Jesika earned her bachelor’s degree in Psychology from Pitzer College in Claremont California in 1995 and completed her Masters in Teaching at Portland State University in August of 2008. Jesika has worked for the Oregon Health & Science University since 1993 and full time for over 23 years, since 1997.

Jesika is the past president for the Northwest Simulation Alliance, the statewide non-profit agency that collaborated with simulation facilities across the state of Oregon and the region. Jesika has been involved with simulation facilities across the country and globally assisting with logistics, operations and simulation implementation. Jesika is a member of the Society for Simulation in Healthcare (SSH), ACS-AEI, ASPE and the International Nursing Association for Clinical Simulation and Learning (INACSL). Jesika has served in multiple leadership roles for SSH, as the IMSH 2017 Co-Chair, an author for the INACSL.
Drag to resize
Disclosures: None. 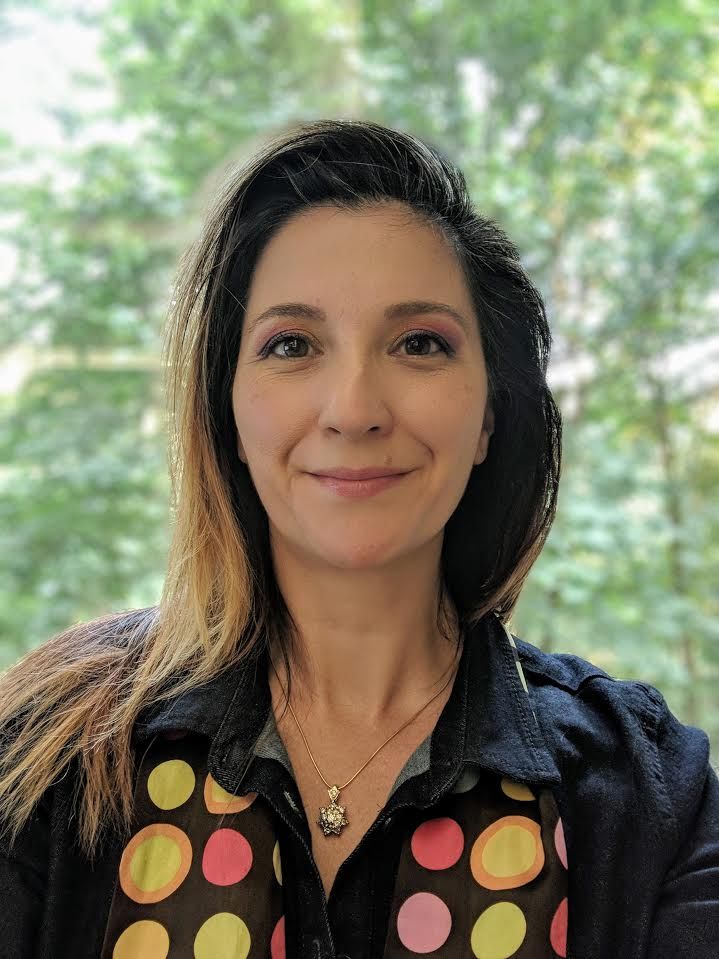 Elena An, MS, HCA, has worked at the Oregon Health & Science University (OHSU) for the past 26 years. She is currently the OHSU Simulation Operations Director for the Oregon Health & Science University VirtuOHSU Simulation & Surgical Training Center. She completed her Masters in Healthcare Administration at Oregon Health & Science University in 2014. In her role overseeing operations for VirtuOHSU Simulation & Surgical Training Center, Elena An also develops policies and procedures in relation to OHSU Simulation and clinical skills training including industry partnerships for surgical education best practices, utilization data reporting, equipment maintenance and space utilization to name a few. She has been a leader in the facilitation of the Annual Surgical Simulation Auction that has raised over 1.2 million dollars over the past decade. She has been integral in the American College of Surgeons Education Institute Accreditation at OHSU and lead the coordination and execution of the ACS AEI Post Graduate course in Portland, Oregon, September 2017.
Drag to resize
Disclosures: None.

Earn a CE Certificate of Completion 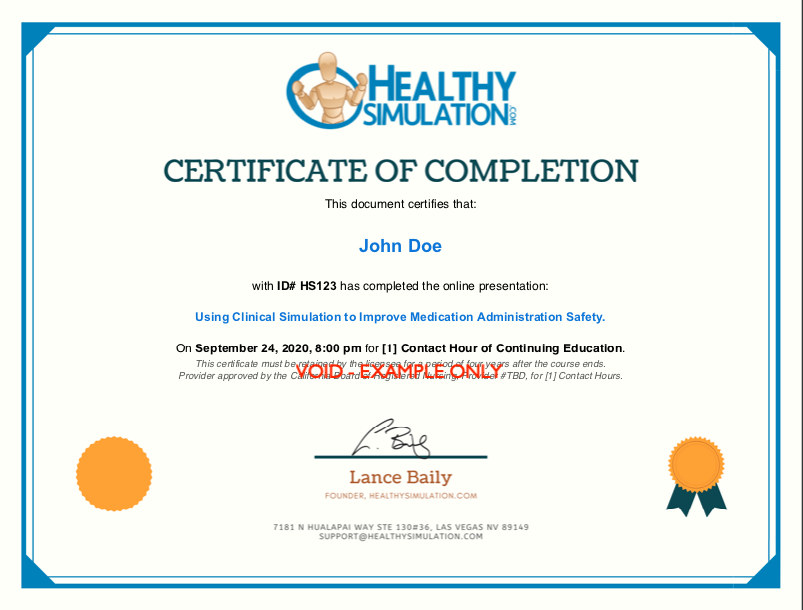 HealthySimulation.com is accredited as a provider of continuing nursing education by the State of California Department of Consumer Affairs License #CEP17566.

All for one, or one for all?

Purchase this single webinar to meet your exact professional development needs OR.....

Can I share access to this webinar with others from my institution?
Each enrollment is limited to the person who created it, and any downloadable certificates will only be available in the name of the person who purchased access. However, the buyer is welcome to invite others within their immediate team to join them in watching the webinar presentation together at the same time.
Does this webinar provide Continuing Education contact hours?
This particular HealthySimulation.com webinar DOES provide Contact Hour credit from the California Board of Registered Nurses Continuing Education Provider License #17566, after you complete the video presentation and the required feedback survey. Upon completion you will be able to download the certificate of completion for Contact Hour credit.
What technology do I need to watch webinars?
Usually just an up-to-date web browser such as Google Chrome and a strong internet connection is all that is required. However, some users may need an up-to-date Zoom client to watch live presentations. Presenters will need the latest Zoom Client and their presentation display software.
What if the webinar does not meet my expectations?
All HealthySimulation.com LMS content has a 30-Day Money Back Guarantee. If any product does not meet your expectations, simply email us at support@healthysimulation.com and we will provide a full refund without exception!
What is your refund policy?
Our refund policy for our various services and offerings are as follows:
30-Day Money Back Guarantee: If for any reason you’re not satisfied with your purchased product, simply e-mail support@healthysimulation.com during your first 30 days and we will refund your money, no questions asked.
Monthly & Annual Subscriptions: Following the first 30 days, subscriptions may be canceled at any time, and customers will have access to their account until the subscription period concludes. No refunds will be provided following the first 30 days.
Where can I read more about your official legal notices and requirements?
Can I submit a presentation, is there a cost?
You sure can! There is NO cost to submit a presentation abstract without purchasing a subscription, just simply submit your presentation materials today through our webinar submission form!
I still need help, how can I contact your support team?
Sure thing, you can email us at support@healthysimulation.com and we will get back to you right away!

Enter to WIN a $250 Annual Webinar Subscription By Completing This Short Survey!